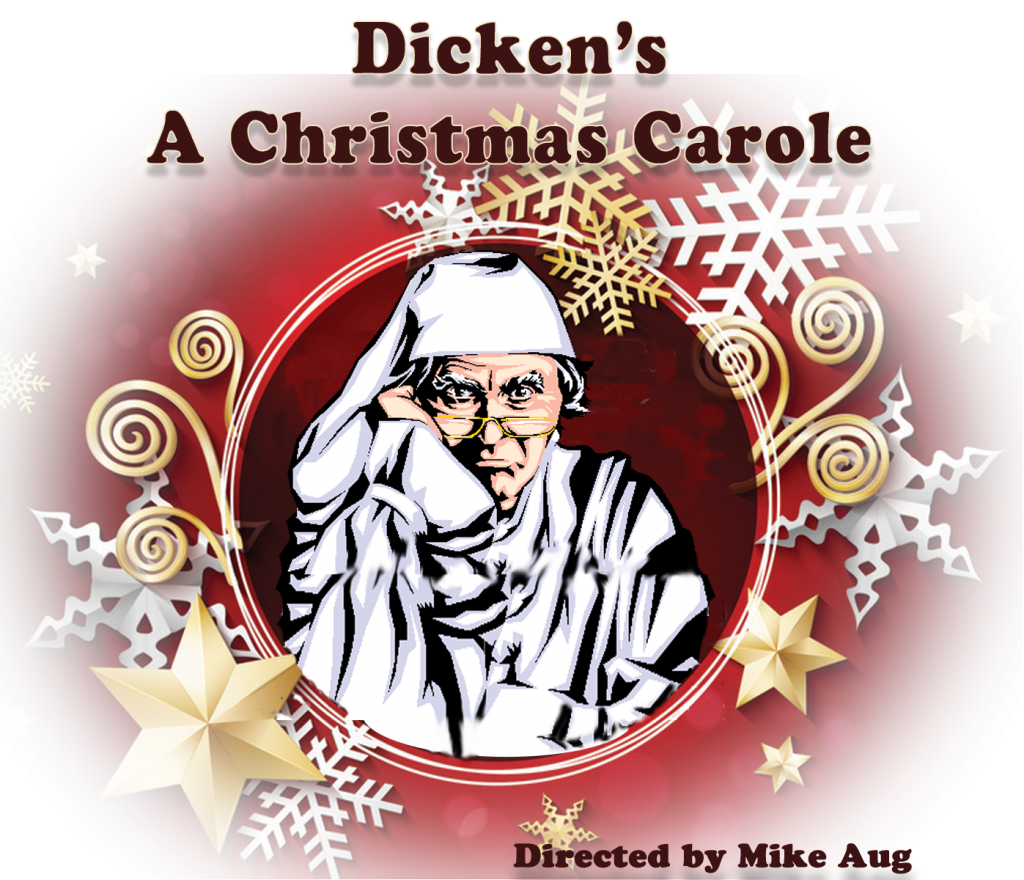 As a Dinner Theater, we can accomodate 44 people with appropriate distancing.  6 tables seat 6 people each and 2 tables seat 4 people each.  There will be no general admission. Dinner guests will be able to stay for the play. Dinner seating is at 6PM.

A Christmas Carole was penned by 31 year old Charles Dickens. With little formal schooling but with “Pickwick Papers,” “Oliver Twist,” “Nicholas Nickleby,” “Old Curiosity Shop,” and “Barnaby Ridge,” already behind him, he was at the height of his creative powers. And although he didn’t realize it then, this versatile writer, who yearned all his life to be a great actor, had just penned a masterpiece in miniature.

“The Carol” as Dickens always referred to it, was written at white heat, in less than a month, to satisfy his creditors. He was deeply in debt. The recent American tour, with mixed memories of adoring crowds and bitter controversy, had not come up to financial expectations. He had borrowed heavily against insurance policies and taken a large advance from his publishers. His wife Kate was expecting their fifth child. He was also supporting his sister-in-law Georgina, his younger brother Frederick and his always out-of-pocket “prodigal father,” the lovable, voluble spendthrift who provided the blueprint for Wilkins Micawber in “David Copperfield.”

Our play is the story of Scrooge, a mean-spirited and selfish old man who hates Christmas.  The Cratchit family and Tiny Tim are a chance to redeem himself – it is a festive tale of redemption and compassion.